In last week’s PMPL SEA Championship Season 3, Bigetron RA failed to win back-to-back. They must accept their position as 8th, the lowest ranking of the four Indonesian teams’ representatives. 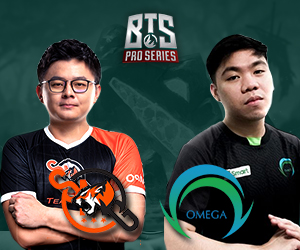 Before the start of the PMPL SEA Championship S3, Bigetron Red Alien had reported that Ryzen’s physical condition was not optimal. So, Ryzen had to be replaced by KINGZZ. However, Bigetron RA’s trainer, JangS, refused if Ryzen’s absence was the reason for BTR’s defeat. In an online podcast on Nimo TV, he was present with Korpaii, a player from FaZe Clan Thailand, and his friends from Bigetron.

“You want to know what happened to BTR? It’s already third season for SEA Finals, right? People already analyzed how BTR plays, people already stepped up their gameplay. But meanwhile, (we) still stuck. We didn’t improve ourself. It was my bad,” answered Jangs, quoted from YouTube channel Tryboy Gaming.

On the same occasion, Korpaii also shared what happened with the bad performance of FaZe Clan in PMPL SEA Championship S3. FaZe Clan even got a lower position than Bigetron RA, which was ranked 12th.

Korpaii admitted that one of the reasons for their degradation was the loss of Nattawut “TonyK” Muensa in the line-up during the event. The reason for TonyK’s absence is that he is still 15 years old, making TonyK not meeting the age standard to participate in the PMPL SEA event.

Such a shame that we didn’t see the excitement the clash of Bigetron RA and FaZe Clan in big events like PMPL SEA Finals, even though they had a hot fight in the Drop Zone during the scrim. Hopefully they can meet again in the PMPL SEA Finals next season!